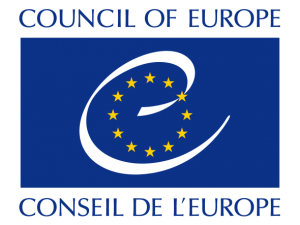 Back in March 2001 the UK government signed up to the European Charter for Regional or Minority Languages* (ECRML), a treaty adopted nine years previously by the Council of Europe (CoE) the continent’s main human rights organisation. There are currently 25 full signatories. Seven languages are listed by the UK, namely Welsh, Scottish Gaelic, Irish, Scots, Ulster Scots and (since 2003) Cornish and Manx Gaelic, but not all are treated the same, as we will see below.

Signatories commit to providing periodic reports to the CoE, the previous one being in 2010. These are examined by a committee of experts who evaluate progress and make proposals and recommendations. The fourth such ‘report card’ for the UK has just been published, and will be discussed in the next post.

What is the Charter about?

Part II of the Charter sets out general objectives and principles that contracting states should adopt in order to protect all the regional or minority languages spoken within its territory. Provisions include the proactive use of the languages in public and private life, and developing means for the teaching and study of these languages. Signatories undertake to eliminate any unjustified distinction, exclusion, restriction or preference relating to the use of a regional or minority language, and promote respect, understanding and tolerance for them.

Part III lists more much specific provisions for the languages in education, law, public services, the media , cultural activities, economic life and transnational exchanges. It is quite demanding and signatory states can choose which languages they want Part III is to be applied to. For each language specified the charter asks states to subscribe to a minimum number of provisions from Part III. Clearly if a state wished to avoid responsibilities under the ECRML, it could simply leave some languages off the Part III list. In an official commentary on the Charter one of Europe’s leading experts on regional or minority languages Jean-Marie Woehrling, considers this tactic to be something of an abuse of the Charter.

Scots is seen as ‘second class’

The consequences of this two-tier status is obvious in the reduced amount of support for the unlisted languages. Even in the report itself, Scots, Ulster Scots and Manx Gaelic are given comparatively cursory treatment as can be seen by the paragraphs dedicated to each language – Scots for example gets a just tenth of the attention given to Gaelic.

According to the Scots Language Centre “Scots language activists are still trying to get the Government to give Scots Part III recognition”.  For Woehrling, the three main criteria used to decide whether or not to apply Part III to a given regional or minority language are the following:

Scots undoubtedly qualifies in the first two categories, it is in the third we fall dawn badly, this is not something that can be blamed on the UK or Scottish governments. Without ‘active determination’ and resolute lobbying ECRML can actually achieve very little for Scots.