Once claimed to be ‘just’ a dialect of English, Scots is now recognised as a language in its own right, although indeed very closely related to English. That said, Scots is still heavily stigmatised with some dismissing it as not even a dialect, but ‘slang’.

The Scots Language (or Dialect?!)

Scots is spoken throughout Scotland, mostly in the Lowlands, up the East Coast as far as the northern isles of Orkney and Shetland. In parts of Northern Ireland, Ulster-Scots is spoken, usually considered a dialect of Scots. Scots is a very different language from Gaelic, the Celtic tongue spoken in the Western Isles. In the most recent census in 2011 58,000 people claimed to speak Gaelic but over 1.5 million identified themselves as Scots speakers. As minority languages, both tongues are under severe threat from the Scottish variety of English and there are real fears that both may die out over the next few generations.

Until about the mid-20th century, Scots was known and probably spoken in a relatively pure form (known as ‘Braid Scots’) by much of the lowland Scottish population. Although it has long enjoyed prestigious literature, since the 18th century Scots has been regarded as an informal, mainly spoken language of the rural and then working classes. As such there have been limited attempts to establish Scots as a modern language, for example by developing a standard spelling. There are many good dictionaries of Braid Scots, but spelling variation, while not quite as diverse as some claim, remains a barrier to any ‘official’ use.

Scots was actively, and sometimes violently, suppressed in schools until relatively recently, in favour of instilling the ‘language of Empire’. Until about 50 years ago, teachers thought bilingualism had a negative effect on young minds, and both Scots and Gaelic suffered from this toxic myth. Scots is still largely excluded from mainstream media apart from narrow informal contexts such as comedy, sport and folk music. Scots became increasingly stigmatized throughout the 20th century, often ridiculed in polite society as a dying, old-fashioned ‘dialect’ of English or – worse – ‘slang’. These attitudes of Scots as a substandard variety are now deeply embedded in the Scottish psyche.

In this intensely oppressive context, the survival of Scots as a linguistic system with any kind of distinct vocabulary and structure is something of a marvel. However, knowledge and daily use of Braid Scots has been heavily eroded especially over the last century. The result is that in speech Scots has become increasingly mixed with – purists might say ‘diluted by’ – Scottish English. Scottish English is the official and high-prestige language throughout Scotland and can best be described as Standard British English with lots of Scots-influenced pronunciation and some local vocabulary, again mostly via Scots with some Gaelic.

The reason Scots has not been replaced entirely by Scottish English, is simply that many Scottish people still enjoy using it. It is ‘their language’, part of their personal identity and linking them closely to their community and wider Scottish culture. The language itself can also be highly emotive and creative, lending itself to both to humour and verse. In an increasingly Anglocentric world, some also relish the perceived ‘rebelliousness’ of Scots. 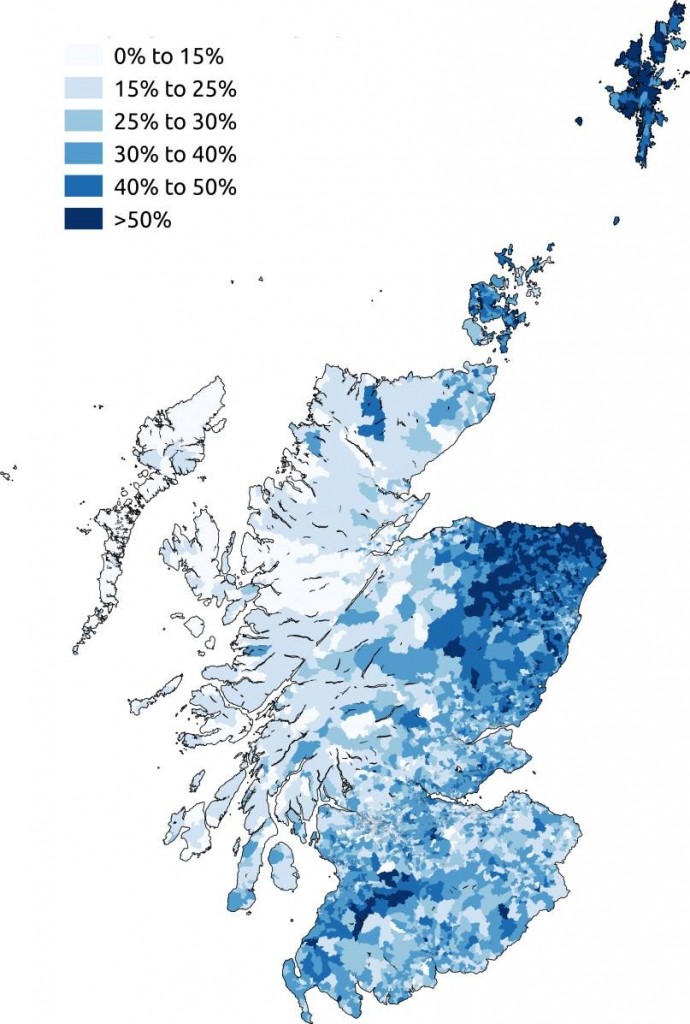