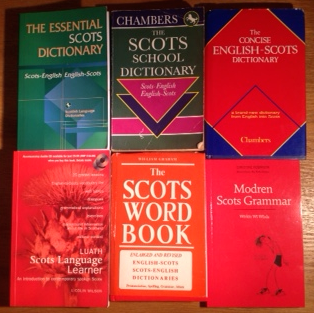 Creative Scotland’s Scots Language Policy published earlier this month was welcomed across the Scots language community as a “muckle lowp forrit” for the tongue. Optimists hope it foreshadows a more vigorous Scottish Government policy to promote the language.

The eye-catching part of the policy was the new role of “Scots Scriever”, a two-year residency with the National Library of Scotland to “produce original creative work in Scots, its variants and dialects, across any art-form”. The second strand of the strategy however may be even more important. The Scriever will be asked to develop a Scots awareness and training programme for not only Creative Scotland but also its many partner organisations.

One of the first challenges for the Scriever to confront is the persistent myth that Scots has no standards in spelling and grammar. This assertion has provided a handy excuse over many years for those who oppose the increased visibility and use of Scots in public life.  The myth has also proved strangely beguiling to linguistic nit-pickers within the Scots language community itself who have spent their energies over decades pursuing tiresome orthographic wars. For ordinary language users who just expect reasonably consistent standards to work with the debates are bafflingly arcane.  As one academic dryly notes the consequence of this type of orthographic squabbling is ultimately a way of “legitimating  inaction”, rather than language revitalisation. [See Johann Unger’s notion of “legitimating  inaction”. ]

Paradoxically, when compared to many other European minority languages, written Scots is a remarkably standardised variety, and has been for generations. The structure of “Scotch” in its spoken dialectical forms was described in detail by the end of the nineteenth century by unsung pioneers such as the tireless ex-India man Sir James Wilson. Concurrent studies by William Grant and James Main Dixon on the written forms of Scots resulted in their elegant masterpiece, the 1921 “Manual of Modern Scots”, still forming the foundation of all subsequent Scots grammars and an emotive read for any native speaker.

Spelling is similarly far less anarchic than we are usually led to believe. While recognising the variation in Scots spelling practice, the Scots Language Society recommends starting with the Scottish Language Dictionaries’ “Essential Scots Dictionary” (ESD). Originally published in 1996 as the “Scots School Dictionary” and tracing its roots back to William Graham’s classic 1970s “Scots Word Book, the ESD provides a concise, useable and largely consistent two-way translation between English and Scots.

Notably, the ESD was released in an iPad app version last year and Scots has seen a minor renaissance in the digital world. The independent Online Scots Dictionary has become popular and on its website the Scots Language Centre has built an impressive corpus of modern non-fiction prose, currently approaching twenty thousand words. The Centre also founded a lively Scots Language Forum on Facebook, now boasting over 3,500 members and with topics spanning everything from daft doggerel to the dialectics of dialectisation.

If you don’t know about this ‘hidden history’ of Scots, though, it seems you are not alone.

Some reacted with dismay to the Scots language version of Creative Scotland’s policy. The painstaking work of standard-building especially by the Scots Language Centre and Scottish Language Dictionaries seemed to be largely in vain.  Much of the Scots was admirable, but numerous words had idiosyncratic DIY or Glaswegian variant spellings. I counted over 30 editorial concerns on the first page of the policy alone. Most issues could have been solved easily and surely uncontroversially by checking a Scottish Government-funded dictionary or web resource.

Nobody wants to be the language “polis”; Scots has already been cursed by pedants aplenty. Although the language has no equivalent of the “Académie française”, as the Scots Language Society wisely cautions, “ye canna juist set doun whitiver ye like”. Unfortunately a high-profile opportunity to model modern official Scots and begin to put the “no standards” argument to rest was squandered.

It is accepted Scottish writers and poets will continue to make up faux-phonetic Scots spellings for artistic purposes, customarily to signify speaker “inarticulacy”. Think Tom Leonard, Irvine Welsh, William McIlvanney or even their orthographic stablemate Stanley Baxter.  But a written language isn’t just a free-for-all artistic resource and illiteracy should not be confused with creativity. A language needs, at least for formal purposes, agreed rules for cohesion, communication and above all education. We do not necessarily have to “agree” (whatever that means) with every entry in the Essential Scots Dictionary and every usage by the Scots Language Centre or Association to recognise that Scots now has reasonably consistent well-established standards of orthography and grammar.  They just need to be used.

Grammar books and dictionaries may seem somewhat antithetical to a body with “creative” in its title. However the surprising emergence of the standards we have, especially in the absence of any Académie-style guidance, is in itself a remarkable cultural achievement and one that Creative Scotland could perhaps celebrate.

EDIT: 25 June Correction re SLD funding from the original. The Policy itself actually says “ We support a wheen o organisations an projecks the nou that add a Scots …includin the Scots Language Centre”. Maybe their mistake. Now corrected but the point remains SLD and CS are funded by the same public purse and CS quite rightly heavily promote SLD.