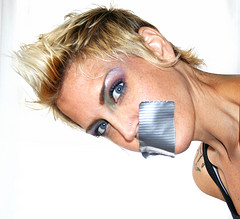 Understanding the concepts of style shifting and codeswitching are fundamental to explaining the spoken dynamics of the Scots Language. In this post (based on an academic assignment, hence all the references) I will outline what they are and explore the differences and similarities between them with reference to shifting/switching between Scots and Scottish English.

The first point is both style shifting and codeswitching focus on how speakers draw on their linguistic repertoire (Holmes, 1992:21) to communicate shared social meaning in a linguistic community. Variation in speech pattern is used primarily to convey personal identity and to negotiate social relationships (Swann, 1996:324).

Style shifting is considered a fundamental axiom of sociolinguistics (Bell, 1976 as quoted in Wardhaugh 2002:18). Bell claims “there are no ‘single style’ speakers of a language, because each individual controls and uses a variety of linguistic styles and no one speaks exactly the same way in all circumstances”. One of the key sociolinguistic variables that has been shown to influence style shifting is the degree of formality of the context. Speakers use more ‘high prestige’ forms in more formal situations and ‘vernacular’ alternatives in less formal contexts. Formality is of course subjective but in a discourse can be indicated by the subject matter, the physical setting, the occasion and the relationships, differences and relative statuses of the participants. Various linguistic features shift, including vocabulary (the use of slang and dialect words), grammar (use of the passive tense) and pronunciation.

Bell drew on the classic work of the American linguist William Labov who in the 1960s studied the occurrence of the non-prevocalic /r/ from different social-class backgrounds in New York (described in Wright 1996:277-279). He found that speakers were consciously aware of prestige accent features (in this case articulating the /r/) and tended to use them more in speaking styles demanding a high degree of attention, for example reading out word lists, than in emotionally engaging personal narratives.

Holmes (1992:14) describes this as a contrast between affective, informal emotionally rich discourse and more formal referential styles. In groups, however, several researchers suggest that speech patterns tend to converge when speakers want to show a degree of social solidarity with either the interlocutor (so-called ‘accommodation theory‘) or more generally the audience. Accommodation theory suggests the opposite can also occur; conscious linguistic divergence can be used to emphasise difference in status or identity (although I will argue this is more a feature of codeswitching). As Swann (1996:310) notes “style is likely to operate in more than one dimension, allowing speakers access to a more complex range of social meanings”.

Style shifting may occur across sub-varieties of one regional or social dialect or between different dialects; however codeswitching implies two distinct languages coexisting throughout a linguistic community clearly providing speakers a much wider linguistic repertoire. Codeswitching is often associated with diglossia where each language (or variety) has a specialised social function, usually with one regarded as a high (prestige or formal) variety and the other(s) as low. Myers-Scotton (1996:334) however identifies a more complex interplay between English and Swahili in East Africa which is closely related to the construction of social identity. One language or the other is usually expected or as linguists say ‘unmarked‘ in a particular context, but sometimes the speaker makes a conscious unexpected or marked choice. This is usually an attempt to renegotiate an aspect of the relationship between speakers, for example to express solidarity or underline authority. Each code therefore refers to or ‘indexes’ a shared social meaning; “a particular set of rights and obligations that will hold between participants in an interaction” (Swann 1996:334).

Sebba (1993 described in Swann 1996:315) noted that in a study of codeswitching among young black speakers in London “a switch from English to Creole marks a sequence out as salient; it stands out; it is part of the utterance that other parties in the interaction respond to”, again emphasising codeswitching’s affective function. The Creole example also highlights that although linguistically speaking, the differences between codes may be considerable (English and Swahili), there may also be switching between more closely related varieties (English and Creole or Scots). This raises the question of how style shifting codeswitching differ.

However, one of England’s leading dialectologists, Trudgill (1983:114) argues in codeswitching “the two linguistic varieties in a diglossic situation are considered to be discrete”, also there is standardisation of each variety (speakers thus know which they are speaking) and “the high variety has in all cases to be learnt as a school language”. This implies that unlike style shifting the speaker has a sophisticated understanding of the linguistic norms and knowledge of the speech community she is in and a high degree of awareness of the code she is using. The really debatable point in Scots use is to what extent the speaker knows what ‘correct’ or standard Scots is. But as Swan (1996:316) notes amyway “there is a problem of establishing clear linguistic boundaries between ‘varieties’ and attributing features unambiguously to one or another”.

The context of Scots

McArthur (1998) analyses the linguistic standing of ‘non-standard’ English varieties, including patois and Scots. As he notes, the linguistic status of Scots is currently very much contested with linguistic ‘separatists’ such as Kay (1993) ranged against pragmatists (e.g. Jones 2002) and conservatives. McArthur usefully finds Scots a middle ground as “an English language, part of his model of a plurality of ‘Englishes’. Jones (2002:5) suggests “the linguistic manifestations of Scots should be seen as a type of scale or cline, encompassing a very broad range of usage and formal characteristics”, but is this cline an example of style shifting or an example of codeswitching?

Trudgill (1983, p112) recognises the distinctiveness of Scots as a bridge between style shifting and codeswitching; “Native speakers of Lowland Scots dialects may switch, in relatively formal situations, to standard English (spoken with a Scots accent of course). It is legitimate to regard this situation as rather different from that of an English speaker who simply switches styles.” He gives three reasons

Aitken (1979:86) makes a similar point; “Some [Scots] speakers can switch cleanly from one to the other—these people have been called dialect-switchers. Others again cannot or do not chose to control their styles in this way, but they do shift styles in a less predictable and more fluctuating way—these people we may call style-drifters.”  Aitken contrasts the more active change I have associated with codeswitching to the perhaps more unconscious process of style shifting, but places both on Jones’ variation ‘cline’.

All this suggests that in Scotland (and maybe with respect to Creole, too) style shifting and codeswitching cannot easily be distinguished. If so it should be possible to relate and mix theoretical approaches from both to what we know of our bridging example of Scots. Firstly there is a perceived contrast between the Scots ‘vernacular’ and Scottish or standard English ‘prestige’ varieties. Purves (2002) puts this forcibly; “At school, a policy of cultural repression became the norm and generations of children were presented with an image of ‘correct’ or ‘good’ English but little or no attempt was made to present an image of good Scots. Commonly, the natural speech of Scots children was simply represented as a deviation of good English”. Thus we have (in codeswitching terms) a form of diglossia where English is associated with formal contexts such as education and in these settings “Scots will be equated with illiteracy, inarticulacy, low intelligence, or other negative qualities” (Wilson 2002:9). He goes further; “People who normally express themselves in Scots will often, if able, go over to English when talking to strangers, because not to do so might be seen as uncouth or ignorant”. This seems an extreme example of what Bell (1991 cited in Swann, 1996:302) calls audience design but Jones (2002:49) also identifies what he calls the classic ‘Labovian paradigm’ of reducing occurrence of  vernacular forms in Scots (he gives the example of the glottal stop substitution for /t/) with increasing social class and formality. Accommodation theory would however suggest this works on several dimensions. Scots can also be used to emphasise both difference and commonality. Where speakers have the repertoire, Scots is used in affective, informal emotionally rich discourse. Scots is therefore a language of social solidarity. Gumperz (1982 cited in Swann, 1996:302) distinguished in codeswitching between we codes (home and family) and they codes (public and formal contexts). Scots role in the affective domain may be the main social reason for Scots’ survival.

Codeswitching theory also suggests a structural reason for Scots’ survival; the grammars of Scots and English are structurally very similar. Switching can be at the level of the individual word (or even sound); there is no need to wait for the end of a phrase or a clause boundary (Swann 1996:316) so there is a very intimate and often creative mix between the two varieties. This has inevitably led to some loss of linguistic integrity, but its very adaptability ensures the affective Scots repertoire remains embedded and usable, even within what can be argued is an increasingly anglicised matrix. As Kay (1993:151) observes “the closeness and similarity of Scots to English…has been a source of weakness and a potential source of strength”.

What style shifting and codeswitching clearly tell us is that individuals are sophisticated (and at least partially) self-aware users of language and will apply all parts of their ‘linguistic repertoire’ to create a rich and adaptable personal spoken identity.

However there is also an additional political dimension to codeswitching which makes it a more powerful concept. Consider the situation of Catalan and Spanish in Catalonia. To a remarkable extent the sociolinguistic situation in Scotland and Catalonia are comparable (Kay 1993:144-147). However the political situation is very different and in this context the notion of conscious and deliberate changeover between codes is a key part of the redefinition of shared social meaning. As with Quebec in the 1970s (c.f. Heller 1996:331), deliberate ‘top down’ codeswitching accompanied by personal choice has increased the contexts where Catalan is the unmarked (expected) option. This has been a major part of defining local linguistic and political identity over the last decade. Thus while both style shifting and codeswitching are very similar when they are reactive phenomena (c.f. accommodation theory), I consider the availability of identity-indexed discrete linguistic varieties enables code switching to underpin a conspicuous proactive and sometimes political role.

If Scots is considered a ‘dialect’ (a non-discrete variety of English), although quite complex and creative phenomena may be occurring, it cannot be a vehicle for proactive social change. As a language or linguistically a discrete ‘code’ (different from English), the opportunity for proactive change opens up. This is why the status of Scots is so important, and the ‘dialectisation’ of Scots can be considered a political process.