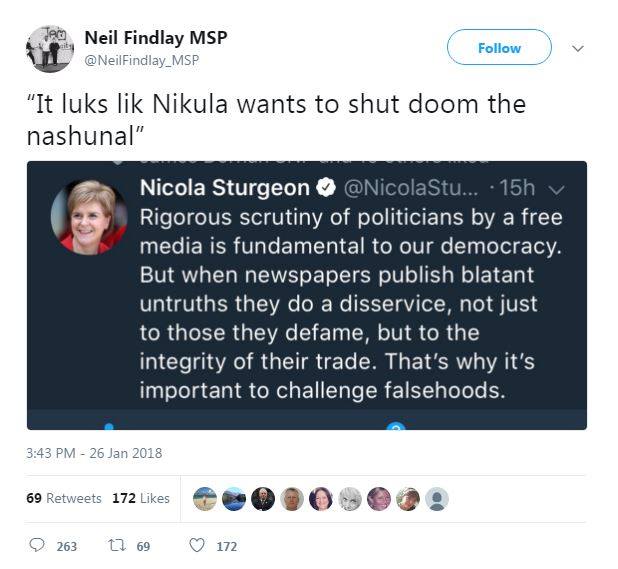 According to The National he “appeared to insult those who speak the Scots language”.

Neil Findlay MSP (@NeilFindlay_MSP) January 26, 2018 The bizarre tweet left some social media users entirely confused about who Findlay was pretending to quote, whereas others called it “out of order” and “nonsense politics”. Three publications claimed earlier this week that Sturgeon had ordered the Union flag be flown less, but she quickly set out why the allegation was false.

Some were ore to the point. 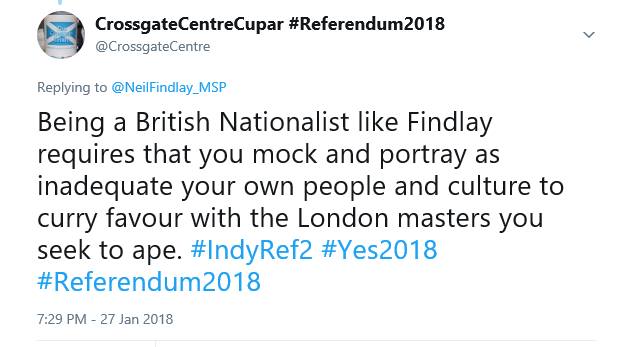 Ma Labour-supportin freends – the yins wha hivnae awready gave up on me – are ayeweys bangin on aboot Neil Findlay. If it’s real chynge ah’m wantin tae see in the warld, proper socialism, forget the SNP, they tell me; Neil Findlay is the man for me.