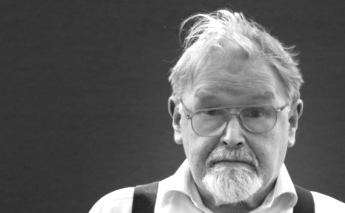 Alastair Gray seems to have caused a stushie in Scotland with his contribution Settlers and Colonists to a new collection  Unstated: Writers on Scottish Independence. The controversy seems to have been stirred by a deliberately sensationalist Scotland on Sunday review on 16 December Alasdair Gray attacks English for ‘colonising’ arts. Cue predictable attacks on ‘anti-Englishness’, which has even reached far-off London with a typically patronising article by Deborah Orr today in the Guardian Scotland should not be wasting time on blaming the English any more with the strap line ” Alasdair Gray’s contention that there are too many English people working in Scottish culture jobs reveals a disappointingly parochial attitude”.

If you actually read the essay, Gray wasn’t being anti-English at all, but was being critical of neo-colonial attitudes of the Scottish establishment. Scotland. As Kevin Williamson and Mike Small remark in the Bella Caledonia post Why Alasdair Gray matters (and why he must be smeared)

The substance of Gray’s essay is to ask why such a disproportionate number of people in senior administrative positions in the arts are not Scots … and whether this is having a negative effect on Scottish culture. This is an important question… if journalist or commentators think that there ISN’T a problem with self confidence, inferiorism and the profile of Scots in senior positions in Scotland today, they aren’t paying attention”.

I’ll return to colonialism, neo-colonialism and post-colonialism and how it may apply to Scotland at a later date but there seems to be a real connection with what Calvet calls ‘linguistic imperialism’. Gray refers to this obliquely in his essay, at one point Bill Patterson’s Scottish accent is unacceptable to a BBC chief and remarkably “hardly anything Glaswegian was presented in Glasgow’s Year of Culture” in 1990.

Lesley Riddoch picks up this point in a follow-up blog post What connects Alasdair Gray, Dirty Dancing and Gary Tank Commander? when she tries ” not to further analyse Alasdair’s piece – but to pick up on a very important subject that lies at its heart, sadly lost now in all the furore“. This is what she says;

Do Scots believe they look and sound like winners, or leaders or folk able to apply for, win and shine in top jobs? My experience is that an overweaning concern about “sounding common”, not being able to speak “properly” in public, using bad grammar and “not knowing the right name for things” are the nameable aspects of a deep problem that stops many Scots taking the next steps in their lives and careers. It’s not necessary for anyone to be actively discouraged. The knowledge you’ve never seen someone with a working class accent or the Scots cadence of Easter Road or Govan reading the news tells you all you need to know.

According to Lesley Riddoch, then, language and attitudes to our own way of speaking lie at the very heart of the Scottish psyche.