I recently read Helena Drysdale’s 2001 travelogue Mother Tongues in which she describes her slightly irritating family’s extended road-trip in a camper van through the minority language territories  of Europe, from Samiland to Sardinia and beyond. Scots wasn’t mentioned at all, but it struck me how the story of Scots is not unique at all but fits into the broad narrative of how small languages have historically fared across Europe.

The author notes that in the European Union, some 40 different communities speak a ‘minority’ language i.e. not that of the state. They are faced by the forces of political centralisation which have accelerated since the late 19th Century when English educator Mathew Arnold famously discounted teaching Welsh as

“…it must always be the desire of a government to render its dominions, as far a possible, homogenous“.

Drysdale actually traces the origins of this homogenisation to the French Revolution reminding me of a famous quote by Chairman Mao. When the then Chinese leader was asked what he thought the impact of the French Revolution was, he is supposed to have said, “It’s too early to tell”.  Mao possibly wasn’t thinking about linguistic politics but the consequences of the Jacobins’ watershed ideological link between state and language are still being played out today. 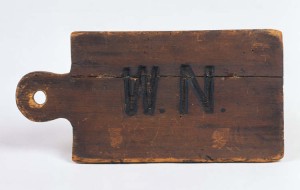 At the time of the Revolution ‘French’ was a minority dialect, but over the centuries was politicised and imposed throughout the territory though printing, military conscription and education. French-speaking intellectuals dismissed rival languages such as Provençal as vulgar ‘patois’ providing the rationalization for brutality against children who had the temerity to speak their mother tongue in school. Like Arnold, Francophone educators aimed to “suppress other languages, to reduce them to subservient status, and eventually to eliminate them” (p. 31). Children caught speaking Provençal, for example, were humiliated by having to wear a stick around their necks and repeat offenders were physically beaten. Drysdale notes an almost identical totalitarian punishment regime (the Welsh Not – see above) was used in Wales to ‘break’ Welsh-speaking children; so perhaps these linguistic abusers exchanged ideas.Source.

Interestingly the local middle classes acquiesced in or actively supported this suppression. Themselves taught to be ashamed of their ‘patois’ and afraid that any support for it would hold them back they resisted any teaching in Provencal. As Drysdale remarks

“We were to discover this all over Europe: that language death was always as much an act of suicide as murder” (p. 32).

Although there was a Provençal revival in the 19th century, led by poet Frederic Mistral, like Scots “this was a strictly literary revival, not apolitical one” (p.32). The suppression by the French state of Provençal and its big sister Occitan continue to this day.

The Drysdales continued their trip though Alsace, Samiland and on to Friesland where some of the dialects are “closer to English than any other language in the world” (p. 129). Except Scots, of course. There the author’s husband has a sort of epiphany, realising for the first time that minority languages and culture were

“…not folklore, not fancy dress, not petty nationalism, but ordinary people struggling to retrieve their pride in themselves in a homogenised Europe” (p. 131).

Down to the linguistic minefield of Belgium where a Flemish speaker, echoing an earlier Haundbuik post about the Scottish psyche complains “another reason for our lack of confidence is that many of us never really feel at home in our own language” (p.155). Walloon, the French dialect spoken in western Belgium was in an even worse state

” it was the familiar story of attempted obliteration by nineteenth-century schools, of divisions by dialect, of flurries of enthusiasm in the later nineteenth century, of that enthusiasm being killed off by the First World War and bourgeois ambitions.” (p.161).

Could be the story of Scots.

In the Basque country the history of suppression had left a darker, clannish and more violent legacy. We read Basque unity is hampered by significant dialectical differences but some Basques “deny that the dialects are mutually unintelligible, and blame this misconception on anti-Basque propaganda, put about by people – Castilians – who didn’t want the language to prosper” (p. 185). An interesting perspective on those who promote Scots dialects at the expense of Scots itself. The role of euskara batua the written language devised by Basque linguists to be “unobtrusive” was seen as a big achievement.

Over in Catalonia, the language was more of a success story, indeed a ‘triumph’ perhaps because it is a major carrier of Catalan identity, indeed “the Catalans have little but their language to mark their territory” (p. 247), unlike Scots where there are many other carriers (geography, accent, sport, politics etc). However it had been subject to typical ‘cultural cleansing’.

“Franco was confident that by cutting off the majority of the Catalan population from its language – in schools, media, politics – he would succeed in withering Catalan national awareness” (p.220).

“…a new generation was illiterate in its own mother tongue , and considered Spanish the sole language of culture. the spoken language was corrupted, and they were ignorant of Cultural language and history. Nevertheless, Catalan triumphed.  To recover it was a huge effort but one the Catalans were prepared to undertake”.

What has helped f course is that unlike Basque Catalan is actually quite similar to Spanish; “Castilian immigrants have always learned Catalan with ease, and quickly become Catalans themselves” (p.221).Scots could be the same, if we ever get our act together.

If Catalonia is the poster-child of linguistic revitalisation, back over in the French domain, Corse, the Italian-like Corsican language is struggling and mired in local, often violent, politics. Again from a linguistic perspective dialectical variation was a problem – individuality is as much a Corsican characteristic as a Scottish one – and standardised spelling had initially been resisted. Perhaps like the Bretons visited later as they “had always expressed themselves orally, they were particularly sensitive to dialect, accent and languages” (p. 382). However like Breton standardisation was necessary not just for education but “to persuade the French to recognise Corse as a united, whole language of its own, not a fragmented collection of Italian dialects” (p. 250). Moreover “in order to survive, Corse had to be seen to be of use” (p. 250). As one Corse woman put it “,..you can’t impose a language, it has to recover naturally, and if it isn’t seen as useful, no one uses it”.

Like many if not all metropolitan writers (Drysdale is from London), the author has trouble squaring her atavistic dislike of ‘nationalism’ but “on the whole we had encountered not hatred or xenophobia, but their opposite, a passionate love” (p. 392).  She realises

” the speakers  of these languages have choices: they can choose passive assimilation, allowing their culture and language to die; they can stand by and yawn; or they can fight to save it” (p. 394).

And there is a simple solution

“…if Europe’s peoples could be brought up bilingual, their languages could be saved…far from hindering a child bilingualism can stimulate a greater facility for handling all aspects of thought (p. 394).

She concludes after seeing at first hand the situation of minority languages across Europe,

“I believe it is worth the huge effort to maintain schools in which people study in their mother tongue. Eventually the language is seen to be of use. Gradually it seeps back into ordinary life. Its status goes up. Slowly people are reminded that they once spoke this marvellous language, and can retrieve their pride in it, and rescue it before it is too late” (p. 395)