Interestin wee incident, shawn that the status o Scots is gaun through some kin o chynge, A doot.

As Duncan Sneddon pit it.

‘It’s another example of English being designated the unmarked, neutral, default setting; while Scots is the marked, stickin-oot-like-a-sair-thoomb option (and Gaelic more so still). Which is a ludicrous, ahistorical, ignorant situation – but not one which will surprise anyone here.’ 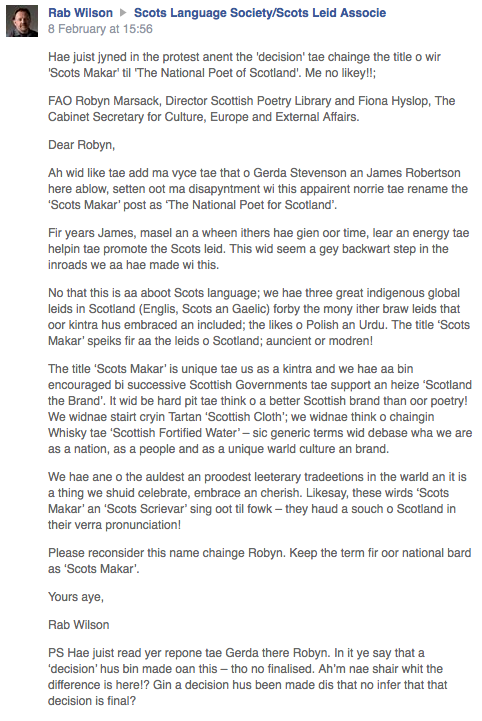 A petition wis stairtit an aw, but follaed later on by: 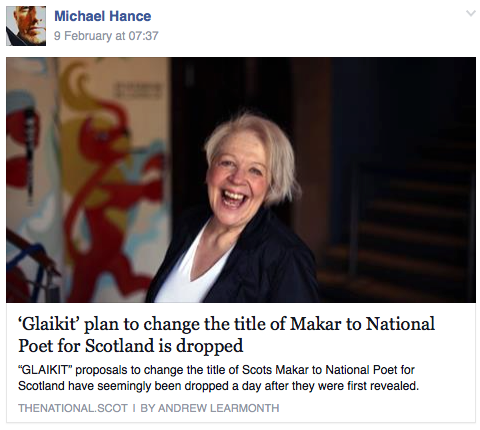