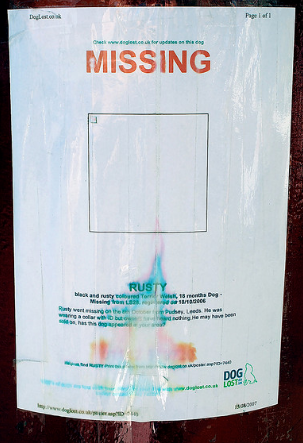 The day before the Census figures were released, showing that Scots was remarkably alive, commentator Gerry Hassan published a thought-provoking piece called Scotland’s comforting stories and the missing voices of public life.

He writes “There has been historically and to this day a burgeoning chasm in how culture in Scotland is represented and reflected back to us in the media and in particular, broadcasters. I am thinking of culture in the widest sense as an all-encompassing term which covers much of what it is to be Scottish and know what it means to be Scottish: our histories, traditions, voices and languages“. Thus “the diverse, fascinating and challenging world of Scotland culturally just doesn’t gain adequate coverage, representation or time on BBC Scotland or STV“. Incomplete, skewed self-representation has a psychological consequence according to Gerry Hassan, alienation; a ‘sense of disconnection’, and ‘learned helplessness’.

Michael Hance, Director of the Scots Language Centre made an interesting blog response The missing pointing out that there were one and a half million Scots speakers ‘the missing’, and the NRS cover-up simply perpetuates their voicelessness. He wrote “A member of the Scots Language Centre’s facebook group described it (I think correctly) as, ‘one of the most important stories in modern Scottish cultural history’”. I think that was me, BTW! He continues”But more than just suppressing good news and interesting data the NRS has quietly given Scots speakers and the wider community a message. And the message is this: ignore the responses to the census, they don’t prove anything, the people who said they were speakers are not to be trusted; they didn’t understand the question, they don’t know themselves well enough to answer it correctly, Scots is just English, it doesn’t exist.”

The mechanism of suppression is then elaborated. “In this, NRS follows an established pattern with which Scots speakers are familiar. If the state and its agencies pretend Scots doesn’t exist, somehow or other it will just go away. This is how schools treated Scots for over a century, Scots wasn’t banned in the classroom like Catalan was in Franco’s Spain, it wasn’t named and legislated against. Instead Scots was simply treated as if it wasn’t there.”  He continues “the tactic used in Scotland, of ignoring the local language or treating it as a mangled and fixable version of something else (‘proper English’) was and continues to be disempowering and shaming“.

This deeply-engrained prejudice is evident the NRS suppression “The notion that Scots and English are just the same thing is so pervasive in our culture that even when a question designed to elicit data about incidence of speakers reveals the widespread use of the language, the first inclination of those who gathered the information is to claim that Scots in the minds of those who answered the question is ‘interchangeable’ with English“.

So what Michael Hance argues here is that the systematic silencing of Scots voices is a form of soft oppression, a form of oppression that the middle class Scottish establishment (here represented by the hapless NRS) can make with a clear conscious. Back in Hassan’s original article the author laments “a long Scots tradition of middle class society presenting a caricatured version of the working class“. A caricatured class, a caricatured culture, a caricatured tongue; all forms of control. This is why Scots is for me personally Scots is so important, as Michael Hance puts it “We are 1.5 million and we will be heard“.