As Ian James Parsley, author o a weel-respectit gremmar o Ulster Scots pits it “Ulster Scots? That’s no Ulster Scots. A ken Ulster Scots but A hae nae notion whit kythes that!“. Matt Andrews adds “there are an increasing number of words appearing that none of my relations (or myself) have ever heard or read anywhere but in the agency publications. My main irritation is that the politicisation of the language which doesn’t tie with all of those that use it“. 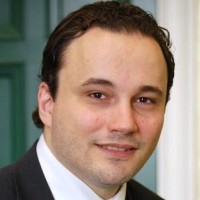 Scunnert wi seean our cess gien thaim as disna ken the Haemlie TongueA taen a mukkil scunner, an seean the new strategie for the oncum o the Ulster-Scots Langage, Heirship an Cultur ower the twintie year cumman. It wis a ill aneuch thing at the strategie taen nae tent o the reed, frae me an thaim A ken, at “langage” disna belang wi “heirship an cultur”; a…

An another guid yin. The Blether RegionDCAL has finally got around to publishing its strategies for It is also interesting, to say the least, that the strategies are being issued in bilingual format. When the drafts were issued for consultation, they were in Auld Firm colours, ethnic packages, textual diarrhoea – so it goes.