Speaking Scots naturally outside the “hame” environment of friends and family can be challenging. People often lapse into English as they are afraid of being misunderstood or even appearing a bit odd. 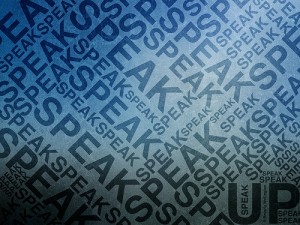 There are three interrelated reasons for this.

At first sight these problems seem a bit unsurmountable. There is however a way of using Scots in everyday speech that takes advantage of the way Scots is usually mixed in with English.

We are all accustomed to changing the speech we use in formal situations like work to the more chatty way we speak to friends and family. We spontaneously dial up or down the ‘tone’ depending on the circumstances. Most Scots speakers can also easily increase and decrease their use of Scots words and grammar forms in a conversation. How can we make use of this innate ability?

This sliding between Scots and English happens all the time, usually without thinking.

If you want to use Scots more in conversation I suggest you just try to do this a bit more consciously. Gradually increase your use of Scots words, phrases and grammar in natural conversation and you may be surprised how many people will be happy to speak at least some Scots back to you.