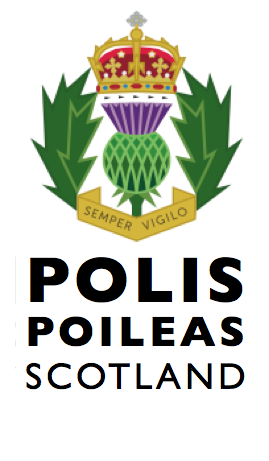 Somebodie on the Scots Language Forum made the braw suggestion,

I think a tri-lingual logo would be excellent and properly reflective of the position of Scotland’s three indigenous languages in our society. But, unless Scots speakers put on a concerted, united effort, it’ll be a struggle.

I also think there needs to be an authoritative set of guidelines for anyone wanting to use Scots in public documents so that they know how to spell it and can avoid the inevitable ‘You’re just making it up, you’re spelling it wrong’ criticisms of the nay-sayers.

Agree. We really do need a standard written form. So much work has been done to this end over the years, that all we need to do (!) is get agreement on those words that still have multiple variants. Not everyone will be happy with what’s eventually agreed, but we need it. I’ve not actually encountered anyone who doesn’t think we need a standard orthography.

That is the key problem. Nothing can happen without a reasonable measure of standardisation and all the evidence (from this forum and elsewhere) suggests that reasonableness is lacking in this matter. It is interesting that in the case of Cornish, where battles over much more fundamental linguistic issues raged for decades, standardisation was only agreed when the government banged heads together and made clear that promised significant funding would only be delivered if there was progress on that front.

There were multiple (3 or 4?) versions produced of the Scots translation of “The Gruffalo”. This approach is totally unsustainable. When school materials are produced for Gaelic-medium education there is only one, even though there are dialect variations in Gaelic.

That’s because the dialects of Gaelic are being treated as part of a language in its own right where the dialects are subsumed in a unifying orthography rather than being handled individually with Standard Irish as their frame of reference.

Because, lik Ah sayed, staundardisation, by definition, is the ruthless elimination o awthin that kemps wi’t.

The idea that ‘standardisation means suppression’ simply assumes that English is the standard, and accepts the continued suppression of Scots that that implies.

Scots canna be taen seriously athoot that the ir *ae* written standart. Hoo wad we gang aboot demandin that Scots is gien parity wi English in laik o ane? The repone’d be semple (and richt!) “What is Scots?”. As for writers. They can swing for aw A’m carin. This is a human richts adae. The needs o writer chiels is an irrelevance, or for thaim as reads fiction in Scots. The real question is factual prose writin, scuilbeuks, Wikipedia, and govrenment documents and educatin bairns in a standart.

Speakin as a creautive kin, I find that the lack o a staundart is haudin me back baith as a reader an scriever. Tae me, the pynt o creautive writin is tae pit forrit ideas an delicht an braig the reader wi the warld ye hae creautit. In my experience as a reader o Scots, ilka time I see a spellin I wisna expectin it taks me richt oot o the story, an whiles I juist stap readin.

As a scriever, haein tae wirk oot a orthography afore I stairt writin is a richt fash (tho interestin forby). I for ordinar gan wi whit Andy Eagle’s OSD gies. But, tae tak ae exemple, I noticed that it (alang wi the DSL) gies “A” for the personal pronoun “I” in Inglis, forebyes it’s aye “I” in the canon gaun back tae Barbour’s The Brus. Some fowk speakin Scots pronoonce it [aɪ] an aa, sae I’m no ower shuir gin “A(h)” is the best spellin. Hyne my ettlin tae creaut a orthography for mysel that taks tent o convention, the canon, the thouchts o Scots linguists, the bylieds, an hou fowk (that baith dae an dinna speak Scots) micht tak tae learnin tae write in the leid gin it haed this or that spellin. (I’v set furth my progress sae faur at https://www.makforrit.scot/stylesheet). Gin thare wis a staundart aaready, I coud juist git on wi my creautive ettlins.

On dialecks, speakin for mysel, I say “whae”, “dinnae”, “awey” an “yin” but write “wha”, “dinna”, “awa” an “ane” based on the Scots canon, an whit maist dictionars gie. I wad howp that the reader frae my airt o the kintra wad ken that “ane” can be pronoonced “yin”. Maistlikes thay wadna, sae I micht eik a note in the innin o the buik I wis settin furth tae lat thaim ken. But gin thair was a staundart that was kent bi fowk, this hinderley wadna be a problem.