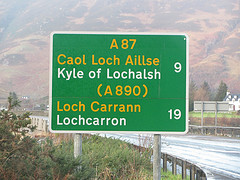 Atina Nihtinen, a Finnish scholar, has written several papers on Scots based on the work she did in the mid-naughties for her thesis on the language of the Shetlands. This paper sets out the broader Scottish contexts, and it is a reminder of how useful it is sometimes to “see oursels as ithers see us”. She explores the widely diverging historic and current attitudes towards Gaelic and Scots, aiming perhaps to explain the differences in funding and status, which to an outsider (and many insiders) appear illogical if not downright bizarre. This is not to ding doon Gaelic; most active Scots speakers, sensitised to linguistic variety, seem to be quite fond of our ‘other national tongue’ and envy rather than begrudge the hugely disproportionate funding it attracts.

How did Gaelic achieve this fortunate position as the symbol of Scottish linguistic diversity while Scots, spoken by perhaps twenty-five times more Scottish inhabitants, remains the neglected stepchild, locked away the cellar?

Remember until the 16h century Scots was the language of state at a time when Gaelic, even then very much a declining minority tongue, was barely regarded as Scottish at all, considered even speakers as a dialect of Irish.

Nihtinen, drawing on the work of Horsborugh pins the blame on the Celtic romanticism of the 18th and 19th centuries when the post-Culloden Gaels, now forever neutered as a threat to the British state could safely be romanticised. Celticism was developed as and remains today a safe, tourism-friendly largely depoliticised identity. Gaelic is well-funded because of not despite of being spoken by comparatively few people ‘far away’ from the centres of power. Why fund it at all? Funding Gaelic provides a tokenistic fig-leaf of Scottish linguistic diversity; overt linguistic oppression, went out of fashion soon after Welsh activists started burning holiday homes.

Which brings us to Scots. Scots is everything that Gaelic is not; widely spoken by voters all over the lowlands, easy-to-learn, and a far stronger indicator of Scottish identity than Gaelic, wonderful tongue that it remains, ever can be. This makes Scots a political hot-tattie, not because there is a language question per se in the sense of linguistic demands, but that the British state fears that increased Scots awareness leads to an increased sense of Scottishness and they can’t have that, for rather obvious reasons. Nihtinen points to various research showing their fears are maybe well-founded. This is why we have seen ever since the rise of modern nationalism increasing attempts to downgrade Scots, as we have seen regarded as separate Scottish language long before Gaelic as a ‘dialect’. The discourse of dialect is a political not a linguistic discourse but has become so successfully ‘normalised’ that even Scots activists habitually defend themselves  against this trumped-up charge. As evidence for this look 15 miles west of Scotland. In Northern Ireland the British state actually want Scots speakers to feel more ‘Ulster’ so Ullans, the dialect of Scots spoken there, is enormously well funded and seems to have been promoted to full language status.

Nihtinen’s paper is now a few years old but is still an excellent introduction to these bizarre paradoxes, hinting at rather than exposing (as I have started here) the political underpinnings of the Scottish ‘language question’.