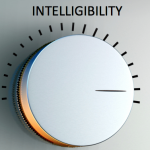 Warren Maguire In ma ‘Scots and Scottish English’ class this ouk, A gied the students a wee bit o Borders Scots tae listen till an transcribe. The recordin wis made a couple o ear sin, an wis o twae aulder fowk bletherin away in their ain ivryday dialect, nae pittin it on a bit for the tape or naethin. The five Scottish students i’the class didnae hae ower muckle bother wi’t, but aw the international students fand it a guid bit harder – ane o the students frae Chinae said she gat about 30% o’t, puir thing! Onywey, a gey interestin pynt wis made bi ane student frae Portugal and twae frae Norway. The ane frae Portugal said she felt there wis mair difference atween this Scots an English than atween Portuguese an Spanish. The twae frae Norway said the same comparin it wi the difference atween Norwegian an Swedish. Hit’s braw tae get this kind o non-English-centric view on the situation frae the students, an it wad pit ye i’mind o David Murison’s weel-kent wirds about the difference atween the twae tongues in the *15th an 16th* centuries: “The years 1460-1560 can be considered the heyday of the Scots tongue as a full national language showing all the signs of a rapidly developing, all-purpose speech, as distinct from English as Portuguese from Spanish, Dutch from German or Swedish from Danish.” (Murison 1979: 8-9)

Pavel Iosad You do have to allow for the fact that Swedish in Norway (and, as I understand, Spanish in Portugal) are widely understood because of massive exposure on the telly etc.: you probably wouldn’t get this answer from Swedish or Spanish students, because they’re much less exposed to Norwegian or Portuguese.

Warren Maguire Aye, there’s various issues like that to consider (as well as familiarity with English/Scots on their part). But quite revealing anyway I think, especially in reference to 21st century Scots.

Alan Edgey Non-native speaker students of English generally have difficulty with many non-standard varieties. Having either learnt someting similar to RP or GA.

Ennor Drystan I am a non-native speaker and yes, i have my difficulties understanding Scots. I am a linguist and therefore trained to get into a language or dialect quite quickly and i looove Scots. When i first was in Glasgow and a friend picked me up at the airport, i was totally intimidated for i did not understand anything he said although i consider myself quite fluent in English. I visited a bunch of friendsi only knew from the internet so far and when a week later i met that first guy again, he complimented me on how quickly i adapted wink emoticon

Warren Maguire Aye, there nae dout them no bein native speakers’ll influence the thing, but the students is linguists an had aw week tae listen till an transcribe the recordin, so they werenae juist hearin it the yinst.