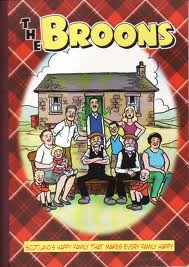 To start the analysis I collected the data was in two corpus collections;

The research also had access to the Open University’s version of the British National Corpus (BNC-OU) , a spoken (i.e. conversational) corpus of 1,035,176 words of spoken English for comparison. I used ‘concordance’ linguistic analysis software to look for systematic variation (and similarities) in the two vernacular collections in comparison with each other and the English BNC-OU. Here is what I found.

Were there differences between 1940s and 2006/7 text? In this study while slight changes are noticeable, they are not simply indicative of a loss of vernacular forms.

How different is this from the ‘standard’ English collection?Using the concordance program, the top 50 corpus items were listed from the BNC-OU conversational corpus and compared with the top 50 items in the 1940s collection. Starting with the BNC-OU benchmark, the 1940s list shared 58% of the terms, but 18% were equivalent vernacular forms (e.g. “tae/to”, “ye/you”). In other words there was only a 40% match in the most common words. In the 1940s corpus, 14 items (28%) had a distinctive Scottish orthography

Interestingly in the newer corpus, this had climbed to 18 items (i.e just over a third).

In other words, by this criterion The Broons had actually become more vernacular.

I then compared the most frequent 100 words. The results were similar. 33% of the top 100 words were identical between the BNC-OU corpus and the combined 1940s and 2006/7 corpus and 22% were the vernacular form equivalents. Again looking at the Scots forms in the two corpora, in the 1940s collection again 28% had a Scots orthography but in the contemporary collection a striking 37% of items were Scots. Again the trend is apparently quite opposite that identified by Hoyer.

How were the words used? Bronislaw Malinowski (cited in Hewings 2005 p14) argued that choices of words and grammar were dependent on culture and (sociocultural) context. These choices may be subconscious, but are nonetheless motivated. In the case of Scottish vernacular language, diglossia and accommodation theory may be highly influential, and the Broons can be considered a case where lexicogramatical choice (initially by Dudley Watkins) was used to construct an identity for his characters. By using concordance software, the quantitative extent of this becomes clear, but what is the qualitative role of vernacular variants? The distribution may of course be arbitrary or historical, but that would undermine the idea of linguistic choice. Looking at the most frequent vernacular words in the combined Broons corpus, is it possible to determine their function?

Most are functional words; noticeably the only verbs are mental processes “ken” (know) and “mind” (remember). There is also the affirmative “aye” (yes), the affectionate diminutive “wee” and the exclamation “Jings!”. Personal and possessive pronouns are represented; “ye” and “yer”, “ma” and “oor” as is the question “whit?” (what?). There are three negatives “nae’” (no), “dinna(e)” (don’t) and “canna” (can’t) and a judgmental adverb “ower” (too). Running a concordance reveals that four times out of 10, “dinna” is a negative command. Similarly “hae” (have) often  – 22% of the time according to a concordance search – appears in the modal expression “hae tae” (have to). Two words are personal nouns (“Hen” and “Paw”).

Thus even this small set of words there is a strong sense of personal interaction and judgement. Much of the dialogue is in question form, personal pronouns are common The modal verbs almost always have vernacular elements e.g. “ye’ll need tae”, and “hae tae”. Likewise, attitude is indicated by asserted evaluations such as “This’ll no dae”, “Jings!”, “Ye auld gowk!” and vernacular phrases such as “wee” and the diminutive suffix “-ie” as in “hoosie” are commonplace. Informal constrictions, particularly contractions such as “that’s” (a phenomenon shared with colloquial English) further reduce social distance are use as are intensifiers, particularly the evaluative  “ower”. This linguistic features are used to reduce the social distance between the characters and the characters and the reader.

The comic book mode is quite highly structured. A theme is usually set out in the first few panels, and thematic progression occurs through repeated language and visual clues, leading to the inevitable denouement. Each strip is a mini-morality tale, usually variations of “pride comes before a fall”. The importance of word choice here is that complex situations have to be explained quickly, so using the readers’ linguistic and cultural references can make this process more efficient, aid identification and reduce communicative distance (i.e. seem more immediate).

In my view the debate about Scots language and writing has suffered from the neglect of this rich linguistic field from established linguists. The curious role of The Broons and Oor Wullie deserves more attention and it is encouraging that linguists (from outside the British Isles, it should be emphasised) are now beginning to work with this resource. I believe for example the continuous debates on Scots orthography have (deliberately?) overlooked this enrmous collection of popular texts.

Maybe the argument is that the vernacular of The Broons is simply not ‘Scots’. The use of concordance software allows us to say that The Broons is about 50% Scots, considerably more than many Scots speakers would use in everyday conversation. However the intriguing idea emerges whether the “differences” i.e. vernacular words have some special communicative value. By looking at the most common non-standard terms in I suggest that they cluster around fundamental mental and processes relating to personal interaction. Moreover I found that far from eroding, vernacular forms in The Broons, although they had indeed changed, were actually about 10% more prominent, quite a significant increase.